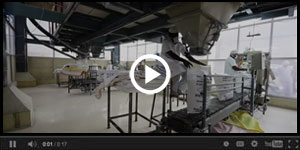 The Union finance ministry is considering a proposal to restructure sugar mills’ debt, which is under severe stress due to lack of capacity utilisation.

hile sugar crushing begun two months ago, some mills in Maharashtra and Karnataka don’t have enough sugarcane to crush and are said to be closing operations. The sugar sector’s total debt is estimated at Rs 50,000 crore.

In a meeting with sugar sector representatives on Tuesday, Finance Minister Arun Jaitley stressed the need for debt restructuring. T Sarita Reddy, president of Indian Sugar Mills Association (Isma), told Business Standard: “The FM gave us a patient hearing. He sounded positive. The FM said that the key issue is debt restructuring. He marked a copy to the finance department to take it forward.”

Isma requested the government to restructure sugar mills’ debt under a scheme similar to S4A, which is for major industries having exposure of Rs 500 crore and above. “As most sugar mills individually will not have exposure of Rs 500 crore, we request to modify the scheme specifically suitable for the sugar industry by modifying the exposure to Rs 100 crore and taking internal cash accruals of one year period as the basis since sugar is a seasonal business”, it added.

Sugar prices have started rising but the industry is unable to make money because capacities are not fully utilised owing to lower availability of cane. In the meeting with the finance minister, the issue of lower production was also discussed. Isma’s estimate for October-September 2016-17 sugar season is 23.4 million tonnes (mt) against the government’s 22.5 mt. Last year, sugar production was 25.2 mt. Among the other demands of Isma is keeping the industry under the lowest goods and service slab, which could be 5%.

Sugarcane farmers are up in arms against the government for its move to sell the cooperative factories to benefit private players.

The farmers made known their displeasure at the State-level all-party meeting conducted here on Thursday under the banner of Federation of Farmers’ Associations (FFA).

It was a circular from the Director of Sugar and Cane Commissioner that threw light on the government’s intentions.

The circular sent to Chittoor Sugars, Sri Venkateswara Sugars (Tirupati), Cuddapah Cooperative Sugars, Kovur Cooperative Sugars (Nellore), Anakapalle Cooperative Sugars, and Nannapaneni Venkat Rao Sugars (Tenali) required the factories to disclose details such as the extent of their landed property, registration and market value, number of employees (on regular rolls and on contract), and the likely financial outgo if they were to be given a golden handshake through voluntary retirement.

“The government has set its eyes on landed property of the factories. The circular reveals its mischievous game plan,” alleged FFA State president Mangati Gopal Reddy.

While the undivided State had 18 sugar factories in the cooperative sector, it came down to 11 post bifurcation.

With 25-30 lakh tonnes, Chittoor district ranks first in terms of annual cane production. This is precisely the reason for the presence of six sugar factories in the district — two in the cooperative and four in private sectors.

“The government will pay heed only if all cane-growers join hands,” said K. Kumar Reddy and A. Rama Naidu, Chittoor district secretaries of the CPI(M) and CPI respectively.

“The losses would remain the same, irrespective of whether a factory runs or not. If it runs, it saves lives,” said N. Nagi Reddy, a cane grower and former Chief Accounts Officer of S.V. Sugars.

He alleged that the mutually-acceptable financial package worked out by him was put in cold storage.